At the core of "The Deepest is the Skin" lies a certain feeling of loss, or losslessness rather. The feeling that something in oneself is missing, some thing that seems to never truly having been there to begin with. "Nullpunkt" or what have you...this overwhelming emotion might best be described as a nostalgia for the future, a longing for the potentiality of all objects yet to come.

Within a single screen video the goal is to make this emotion somewhat graspable, or at least evoke a strong notion of it in the viewer. The video shall follow a direct path from the feeling of  complete voidness, towards the notion of a potentiality of things ending in the total collapse of said void by overwhelming it with the objects being birthed from it. A heavy focus will lie on the sound scape, to augment the emotions and make stronger the emotional engagement with the work. 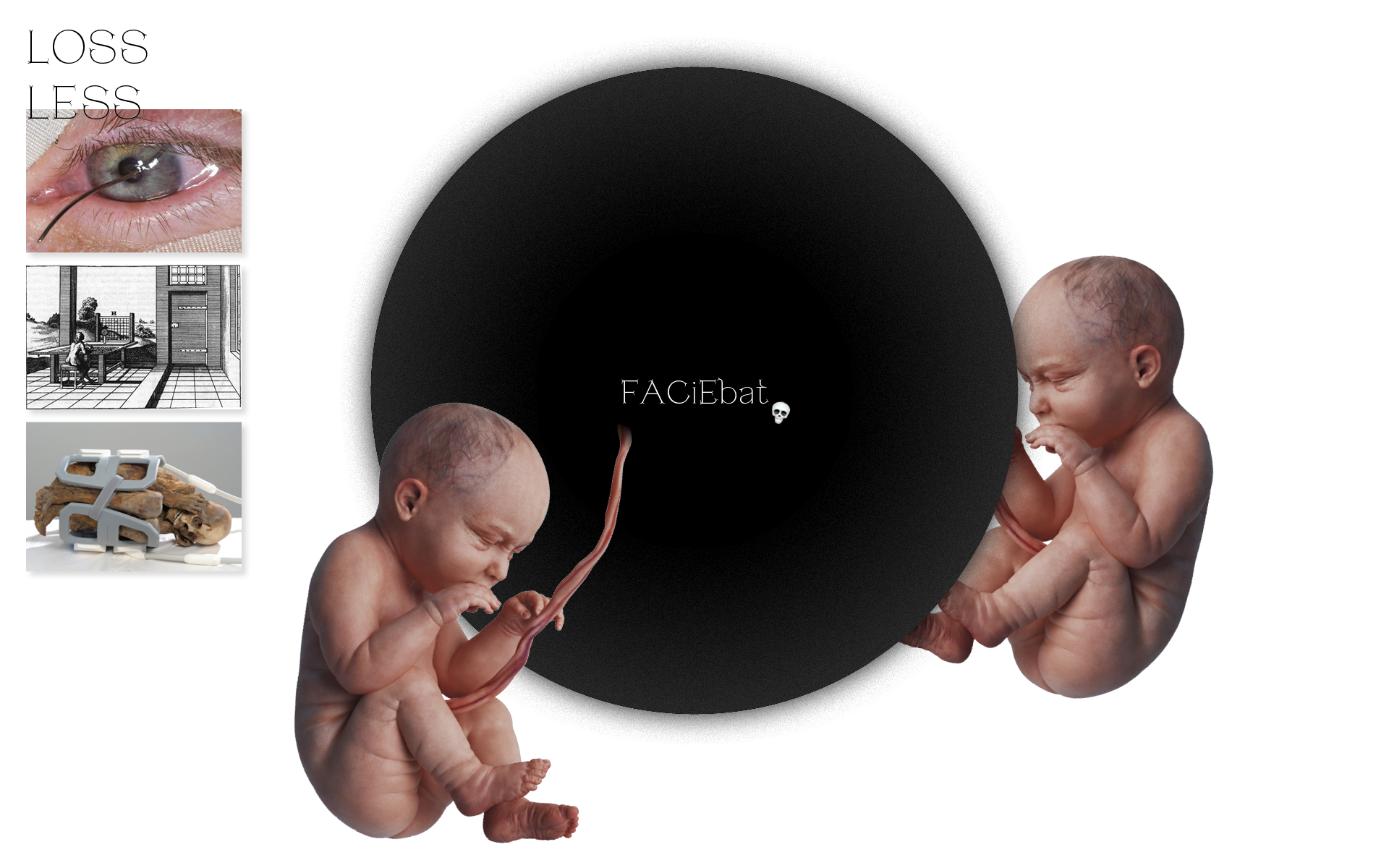 Instead of focusing on a singular theme, the theoretical part will discuss a multiplicity of different subjects/ideas which will use the themes Virtuality, Death & Immanence as a sort of guideline to build around. The goal is to write a sort of rhizomatic text, that gives the reader the chance to freely choose which parts of the text to read and in what order to do so. This way of writing is based on Gilles Deleuze's and Felix Guattari's writing in "A thousand plateaus", who's theories will also be a large contributor to the text, especially Deleuze's concept of virtuality. 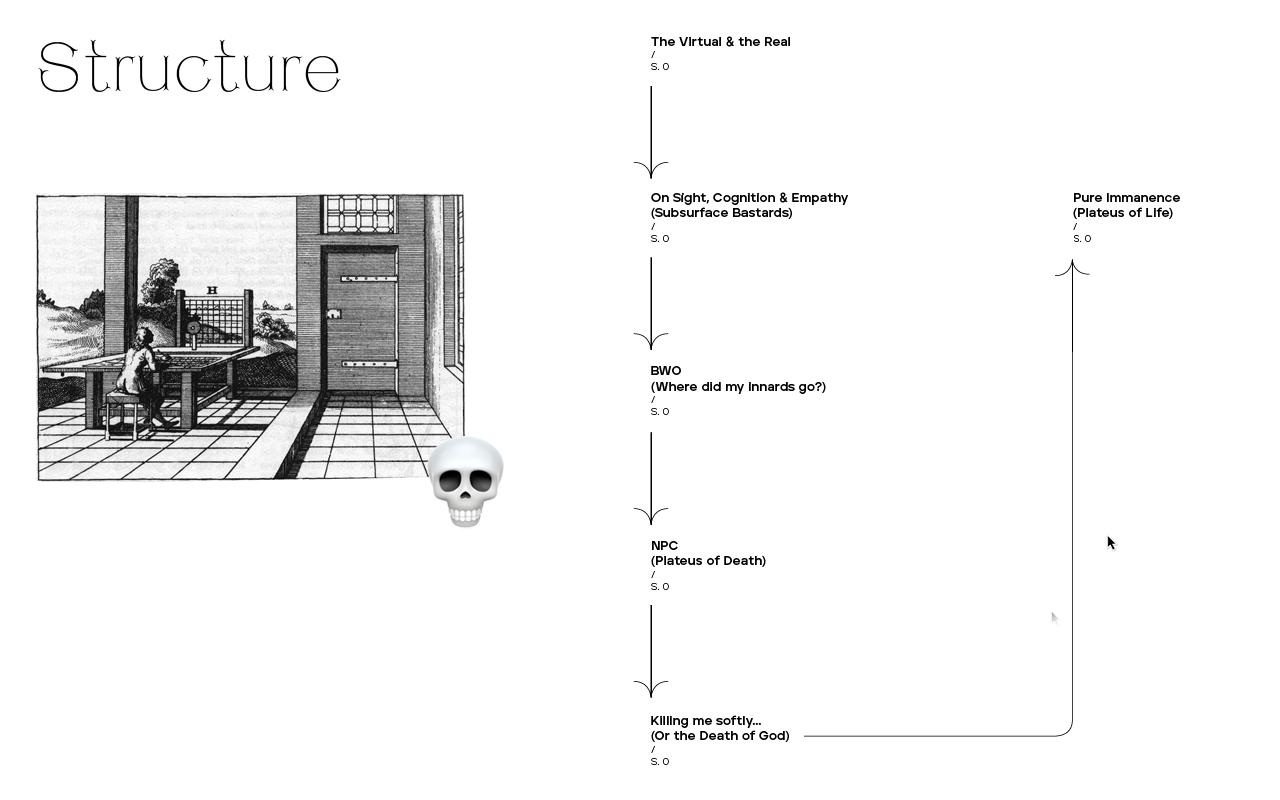